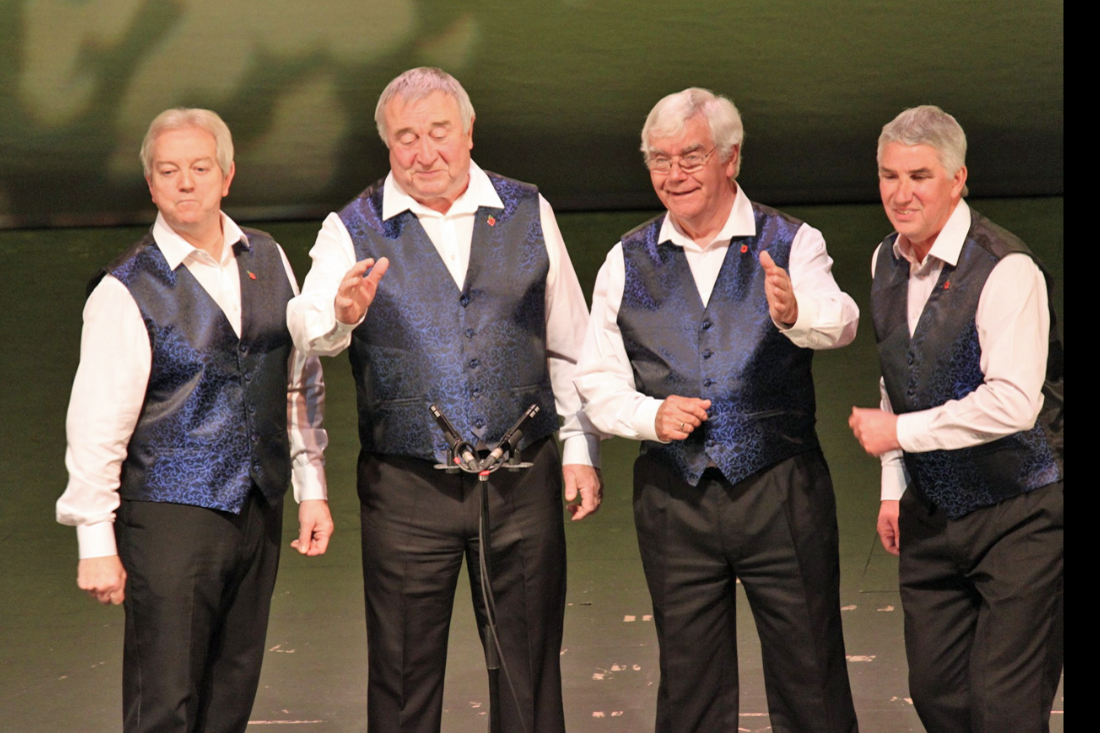 Singing Bass with the Thames Valley Chorus since 1988.  With only one or two exceptions, the chorus been a top 10 UK Chorus each year since becoming a founder member of the British Association of Barbershop Singers (BABS) in 1974.

Brian has been a member of 4 sucessful quartets along the way, all of which have achieved top 20 status in national competitions.

Married to Christine in 1969, with 4 sons, and now 5 grandchildren, pleased to be fully retired and concentrating on singing, and playing golf badly.

Gary spent many years in the airline business and during his travels to the USA discovered the wonders of four-part harmony singing. At that time, the late 70's, barbershop singing was just starting up in the UK and Gary was delighted to find a local group, the Thames Valley Chorus, and went along - just for a listen. More than 30 years later he's still singing with them and enjoying this wonderful style of music.

Gary met his wife, Caroline, through work so he says he'll always be grateful to the airline for introducing him to a life of harmony – both marital and musical !

Gary sings the lead line, which is the melody - and lets the other three guys do the fancy bits!

Steve is the new boy in the quartet, joining Timeless in September 2018.

He joined Thames Valley Chorus in August 2016 through the ‘Learn to Sing’ course offered by TVC annually.

Often referred to as the Barry Gibb of the group, Steve was placed in the tenor section.

The tenor generally harmonizes above the lead, making the part the highest in the quartet. So as not to overpower the lead singer, who carries the tune, the part is often sung in falsetto.

Married to Sheila in 1987, with 2 sons, Steve has been a keen golfer and fell walker for many years. Now he is retired, he hopes to do more of both along with his new singing commitments.

Attended a recruitment course at Thames Valley Chorus in 2008 and loved this style from day 1. Chuffed to be singing with Timeless. Mine is a harmony part, baritone, the glue that holds it all together. Problem is I have to rehearse well away from the rest of the family - sadly not very pretty on it's own!

Married to Sarah with 2 grown-up daughters. Been a sportsman all of my life having opened the batting for the village cricket team for 25 years.  Also now play golf - badly.